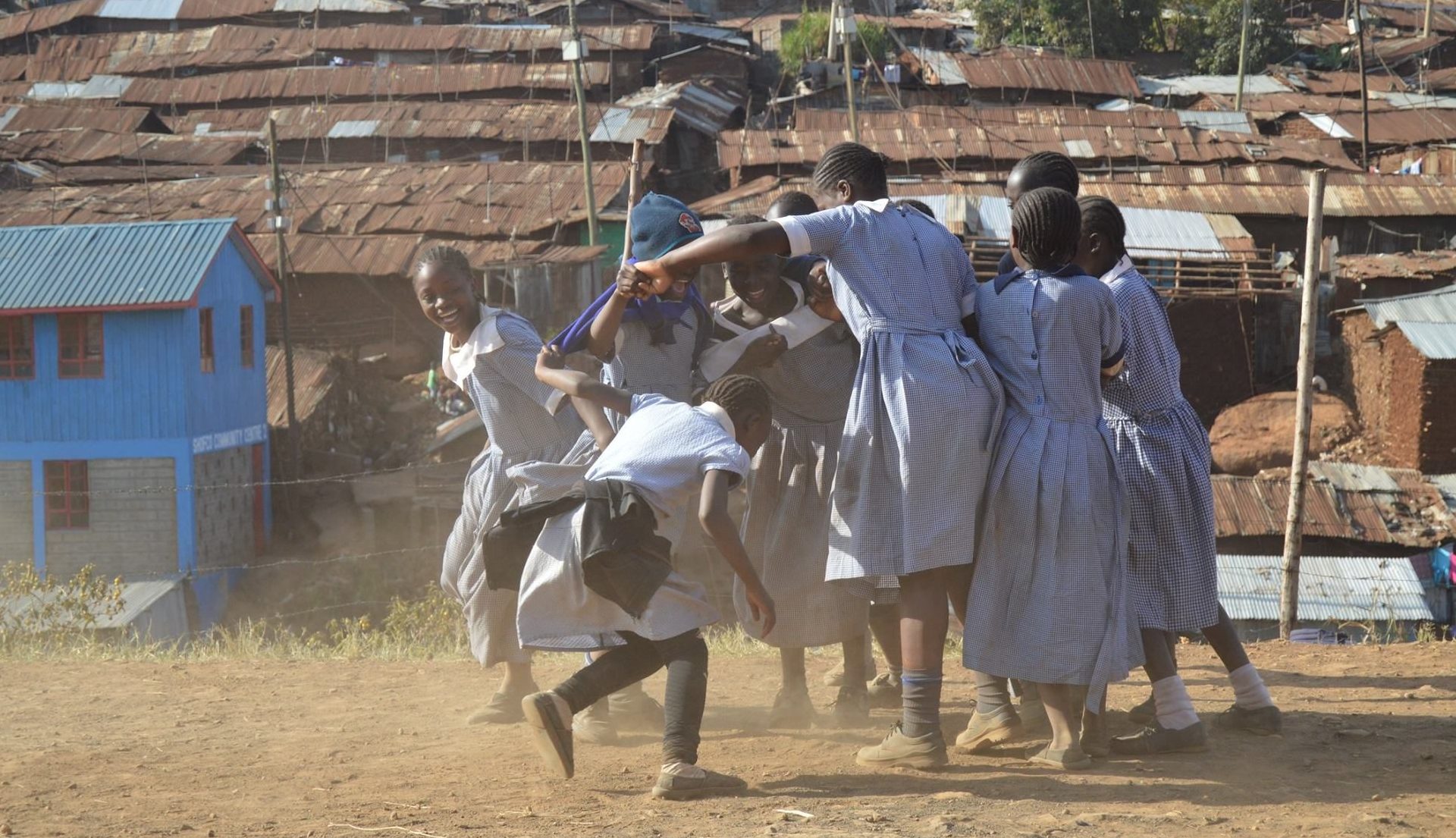 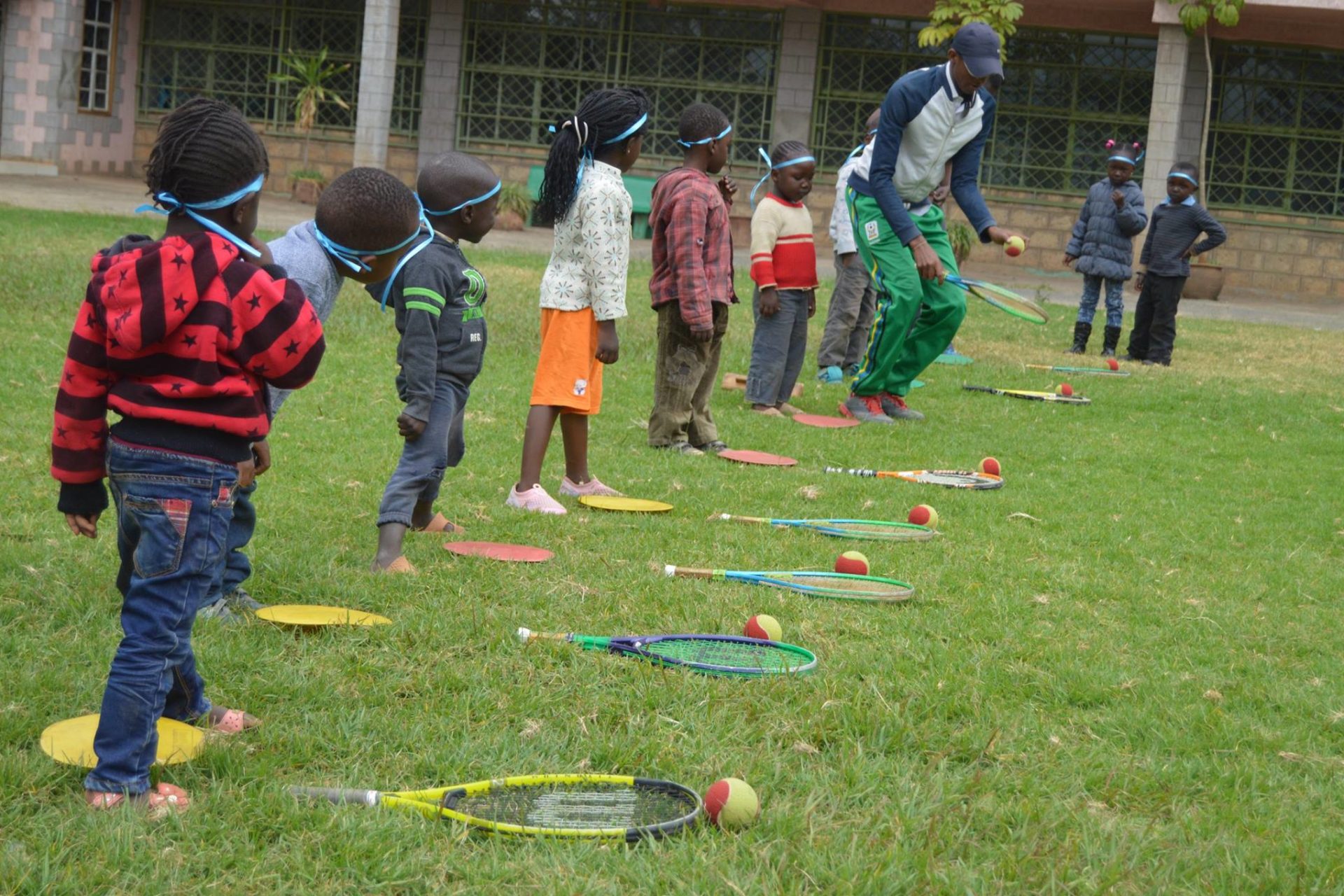 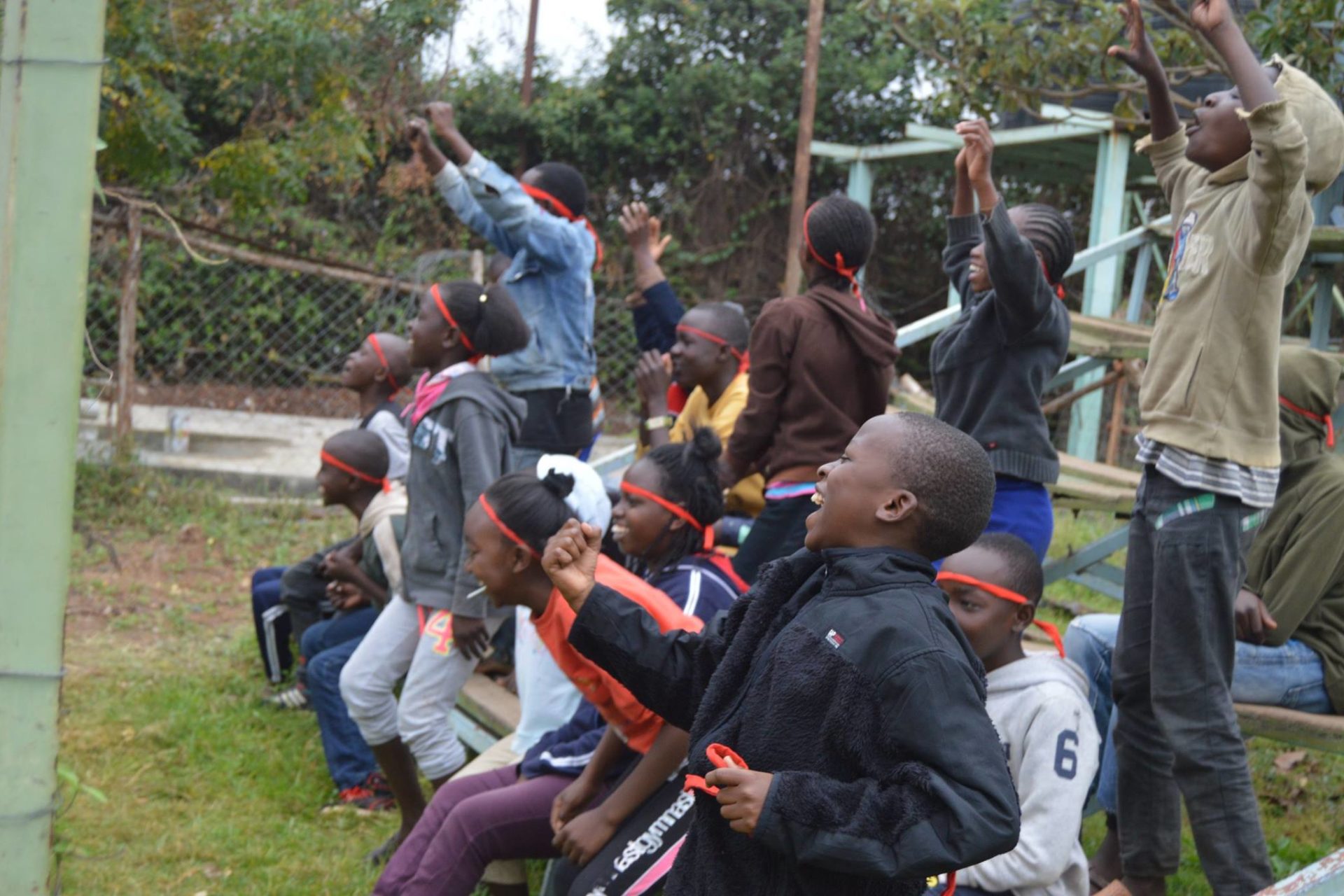 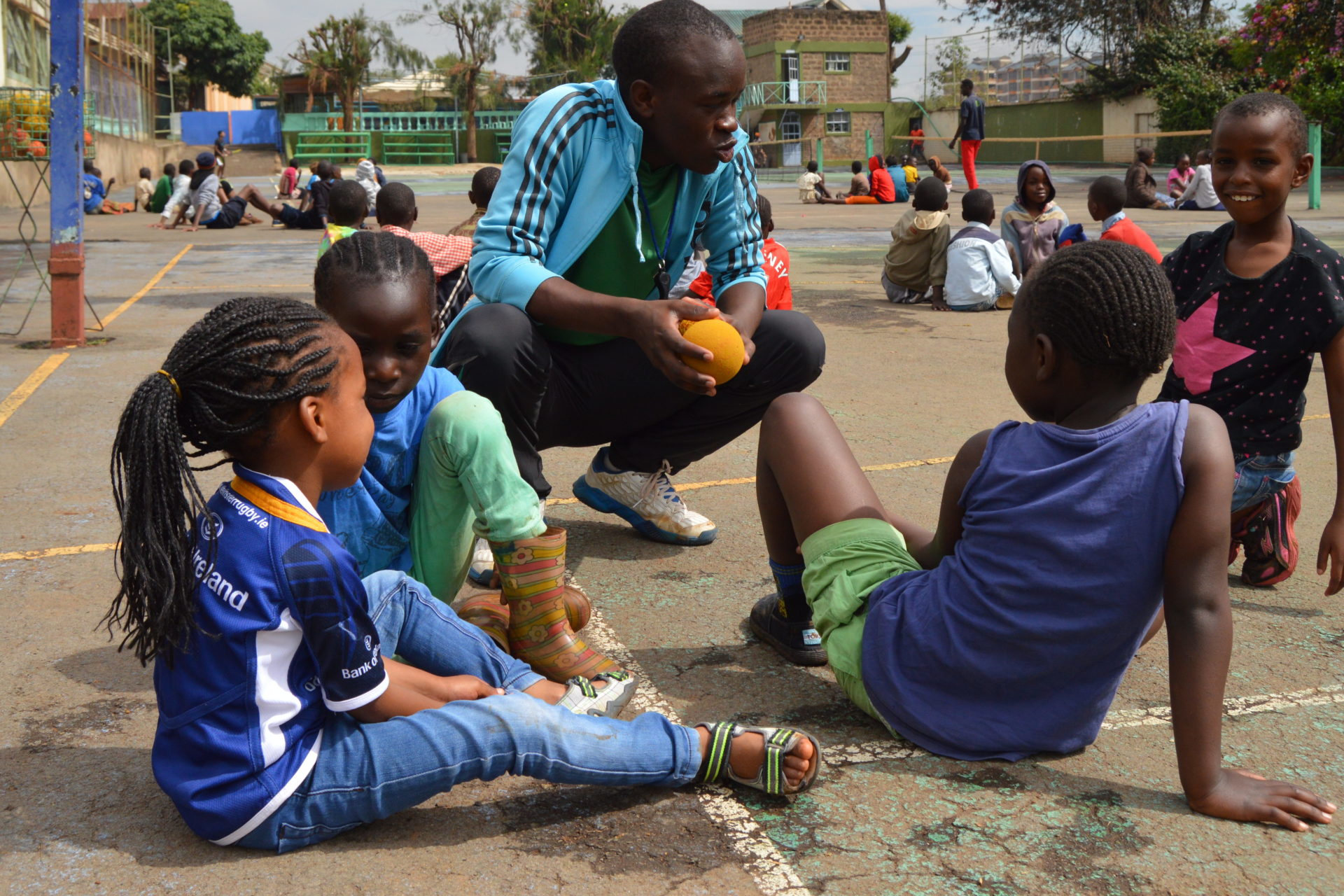 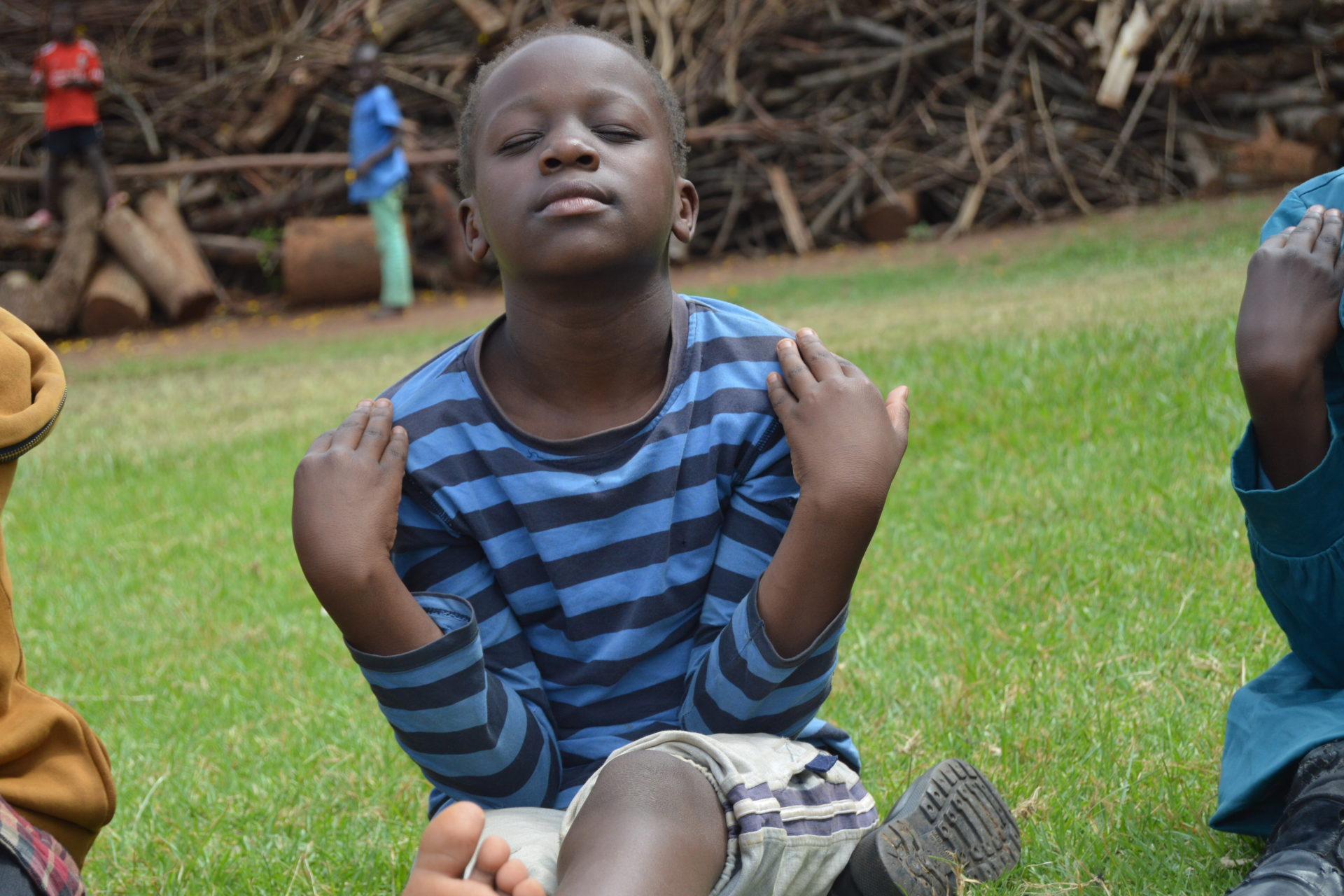 Daniel, Bilha, Samuel, Billy, Esther and Naomi are six of over 500 Kenyan children who took part in holiday camps in Kibera, Nairobi’s biggest slum. On the two-week course, they learnt in a playful way what gender roles are and what they need to know about sexual violence.

When looking at birds-eye pictures of Kibera, the green area on the edge of the slum immediately catches your eye. That is the Sadili Oval Sports Academy. The NGO has set itself the target of using sport and education to offer disadvantaged children a better future. The facility has rugby pitches, basketball hoops, several tennis courts and a swimming pool. In partnership with Sadili, SAD devised a two-week holiday camp at which children from Kibera could fulfil their need to move whilst learning how to protect themselves from sexual violence. The children were confronted with gender roles in a playful manner, and learnt what can be achieved with civil courage. SAD contributed its expertise in transferring knowledge using sport and play, and Sadili provided the infrastructure and local coaches.

The camp is part of a whole series of measures put in place by SAD and Sadili regarding sexual violence in Kibera. There have already been three camps, and Sadili now offers the programme in public schools in Kibera. The public awareness raised by the camps has brought local partner Sadili into contact with health institutions, police and local government employees. This means that not only does Sadili have the tools for preventive work against sexual violence but also a network that allows them to effectively intervene in serious cases. Daniel, Bilha, Samuel, Billy, Esther and Naomi have all taken part in one of the holiday camps. In short profiles, they explain what they learnt and what was the most fun.

Children in Nairobi learn how to protect themselves from sexual violence.