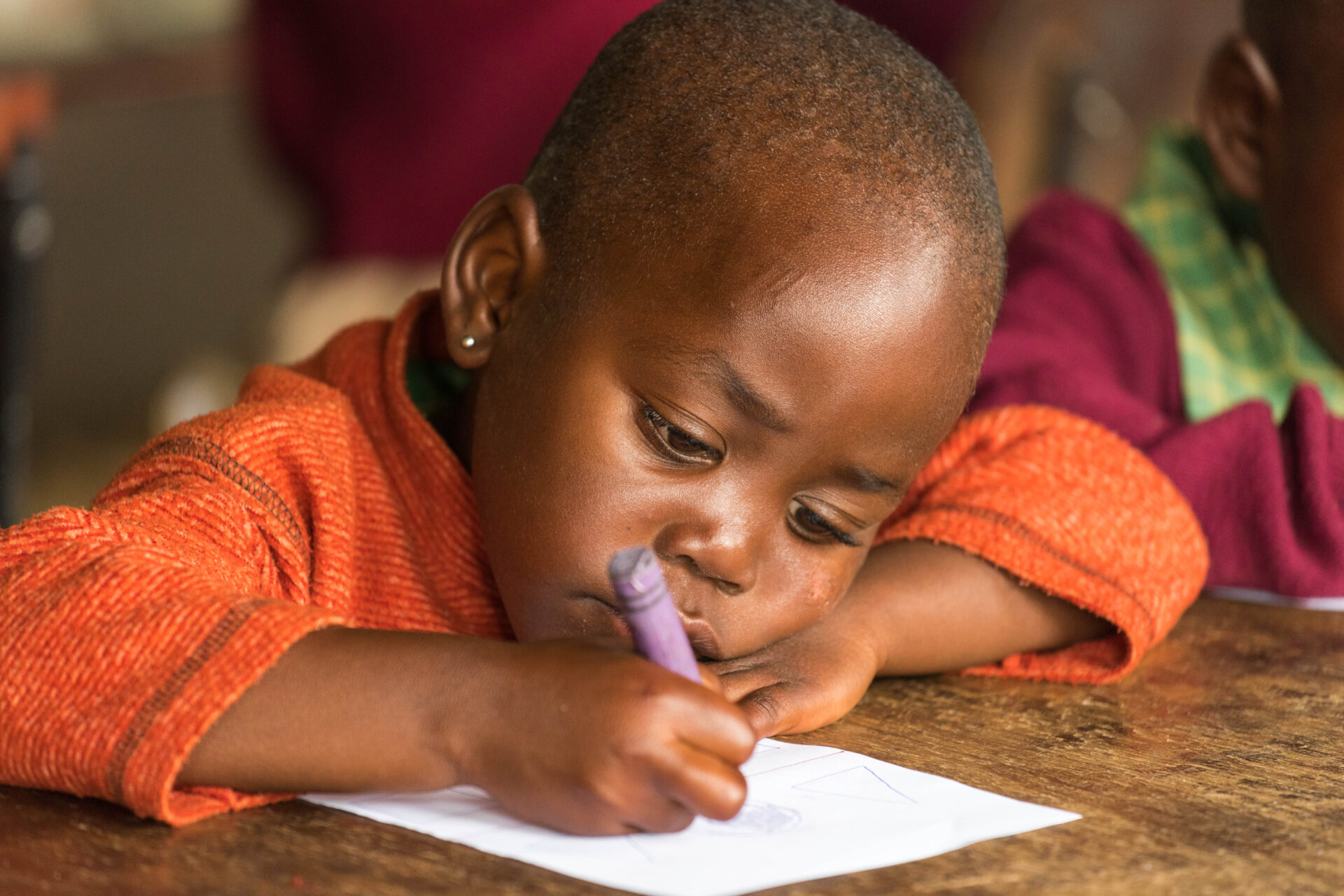 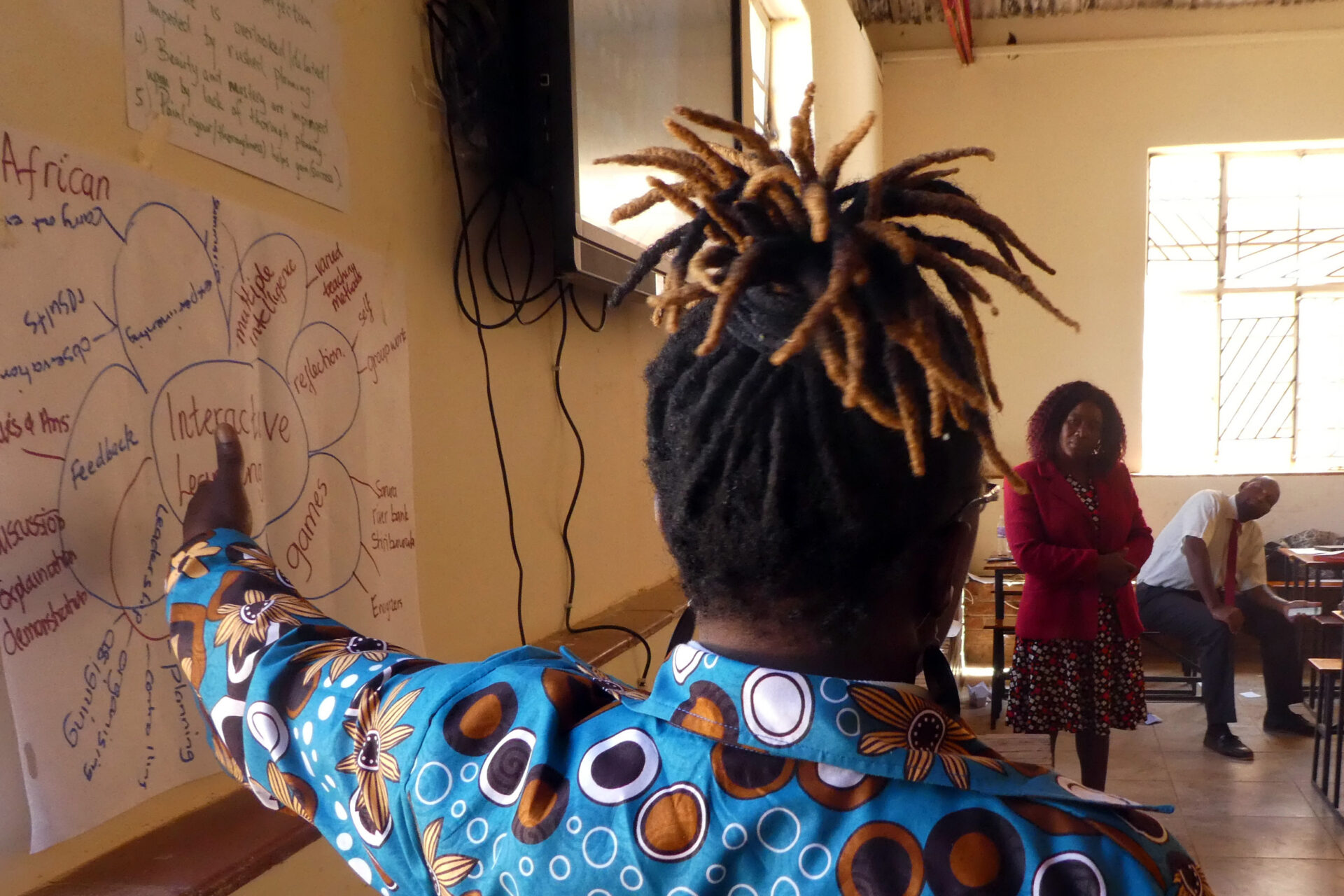 Zimbabwe, in southern Africa, has been in political and economic crisis since the turn of the century and is one of the poorest countries in the world. The situation this year is particularly precarious...

The local currency has rapidly depreciated, protests against the doubling in the price of petrol have made international headlines, Cyclone Idai took hundreds of lives in March 2019 and agriculture has been hit by unhabitual drought. Many people’s food security is in real danger and income-generating activities are few and far between. This has an effect on education too. SA4D is committed to creation of new opportunities through education.

Andrea Wynistorf has been working for SA4D since the end of 2018 and is responsible for the project in Zimbabwe. Andrea, how do you see the situation at the moment?

As you said, Zimbabwe has been in political and economic crisis for a long time. I was very aware of the precarious situation during my last project visit at the beginning of the summer. Inflation is nothing new to the population, but the renewed depreciation of the currency is a source of great concern. The extreme weather, the devastation caused by the cyclone and droughts, and the resulting drastic crop failure shape daily life.

All this affects our project schools too. Teaching staff are worried about the depreciation of their salaries and the local partner organisations have reported decreasing concentration in some pupils as they only get one meal a day. During a project visit, we found empty classrooms. The children had been sent home early because after a power cut lasting several days, there was absolutely no water available. Before, a generator had been used in such situations, but since the rise of petrol prices that is no longer possible. Renewable energy – another element of the project – has become even more important.

SA4D has been there with its education project since 2017. What exactly does that mean?

The project has two components. Firstly, we are teaching interactive and play-based teaching methods to improve the quality of classes at primary school level. Secondly, applied agricultural and environmental education and its inclusion in classes promotes innovation, energy and food security in affected schools. For this, SA4D is working with the Jesuit Education Office as a local partner organisation, which runs 18 religiously independent schools on behalf of the education ministry. The project follows a so-called “training of trainers” approach. In the first year, SA4D taught teaching staff from three schools the “new” interactive methods of learning. Afterwards, the implementation in the schools was monitored and teaching materials were adapted accordingly. In a second step, teachers from these schools were selected and trained as trainers who now run workshops at other schools and monitor implementation in classrooms with SA4D and the partner organisation.

The topic of education can be approached in many different ways. SA4D uses a sport and play-based approach for a sustainable effect in the areas of health, education and employment. How is this implemented in Zimbabwe?

SA4D always uses sport and play as a means to an end. In Zimbabwe, the focus is on improving the quality of education. There is no doubt that the process of learning is promoted through direct involvement and activities rather than by just listening. As always, in our education project in Zimbabwe, the focus is adjusted to the local context – it is based more on play than on sport. For example, a short game at the beginning of a lesson can capture the pupil’s interest in the topic, or at the end of the lesson it can be used for revising and memorising the lesson. The methods used can be adapted to different subjects and contexts as well as different aims, amounts of time and numbers of pupils.

Education covers a wide spectrum, from early childhood development, to informal and formal schooling. SA4D mainly uses its sport and play based approach for early years and informal education. This field of application is developing though. Sport and play based learning methods are also being used in formal education in some projects. How did this come about in Zimbabwe?

Zimbabwe was the first project where the sport and play based approach was used in the formal education system. Obviously some adjustments were required. Notably, interactive teaching methods like those used in Swiss teaching trainings were taught and implemented, integrated more thoroughly so as to meet local needs to the greatest possible extent. Although the Zimbabwean Ministry of Education’s new curriculum framework promotes a move away from teacher-centred top-down teaching to pupil-centred, interactive lessons, there is a lack of money for further education. This is where the project comes in, and that is how the cooperation on this project came about.

What were the challenges?

To begin with, there were some challenges. Unlike informal education projects, such as early childhood development projects and projects for reintegration of school drop-outs, the schools follow a strict curriculum with a lot of pressure of time. In some schools, the classrooms are very small for the number of pupils. It isn’t really possible to move. When you’re implementing a project, it is essential to take into account local needs and conditions. In Zimbabwe, we had to work with the locals to make various adjustments. The outcome was a success. The feedback from everyone, teachers, pupils and the education office was very positive. Neighbouring schools are very interested in rethinking their approach. If possible, there will be a further phase extending the project beyond the Jesuit schools.

…is a simple game that we use to replace a single or multiple choice test in a classroom or outside.

We are convinced that people learn best through play. In this activity, the teacher or the students prepare questions on a topic. For closed questions, three pieces of paper are placed on the ground: “true”, “false” and “I am unsure”. For multiple choice questions, several areas on the ground are marked with different answers. The students move around the room, as they proceed to the spot that represents their answer. Selected students are picked to explain their choice.

Apart from reviewing content in a fun way, the aim of the game is to encourage students to make their choices individually rather than simply following the crowd.